Devil’s Millhopper is a National Natural Landmark that has been visited by the curious since the early 1880s. Researchers have learned about Florida’s natural history by studying fossil shark teeth, marine shells and the fossilized remains of extinct land animals found in the sink. The sinkhole is 120 feet deep and 500 feet across. A half-mile nature trail follows the rim, and a 232-step stairway descends to the bottom of the sink. This site became a state park in 1974, and the stairs were completed in 1976. Until that time, there was no improved access to the bottom of the sinkhole.

The name Devil’s Millhopper is derived from its funnel-like shape, which resembles a ‘hopper’ that was used to funnel grain onto a millstone in a water-powered gristmill. Because fossilized bones and teeth from early life forms have been found at the bottom of the sink, it was said that the Devil’s Millhopper fed bodies to the devil.

Sinkholes develop when surface soils collapse into large cavities that have developed in underlying limestone bedrock. Cavities gradually form in the limestone as it is slowly dissolved by weakly acidic rainwater. Rainwater becomes slightly acidic when it combines with carbon dioxide in the air to form carbonic acid, and strengthens somewhat as it soaks into the ground and passes through dead plant material. Small cavities created by dissolving of the limestone may eventually join to form a huge cavern. When the ceiling of the cavern collapses under the weight of the earth above it, the result is a giant sinkhole such as the Devil’s Millhopper.

Lush ferns, needle palms, orchids and many other plants including stately live oaks and towering spruce pines and swamp chestnut oaks are found along the slopes of the sinkhole. Elsewhere, in the uplands surrounding the sinkhole, longleaf pines dominate the landscape.

In the midst of north Florida’s sandy terrain and pine forests is a bowl-shaped cavity 120 feet deep and 500 feet across, the Devil’s Millhopper. Small streams trickle down the steep slopes of the limestone sinkhole, disappearing through crevices in the ground. Lush vegetation thrives in the shade of the walls even in dry summers.

A visitor center offers interpretive displays and exhibits that explain the site’s natural history. Park rangers offer guided walks on Saturdays at 10:00 a.m. Special tours are available for groups by reservation. Take a half-mile trail around the rim of the sinkhole and travel down the 232 steps to the bottom. Explore 64 acres of natural Florida. Many types of small animals including a wide variety of birds and lizards, tree frogs, and squirrels can be seen on the slopes of the sinkhole and along the nature trail. Occasionally, white-tailed deer and wild turkey can be spotted. Bring a picnic lunch. Picnic tables are available.

Please remember when visiting springs, parks, beaches and other beautiful places we share to not litter or disturb these beautiful, natural resources. There’s a saying, remember it: “Take only memories, leave only footprints” 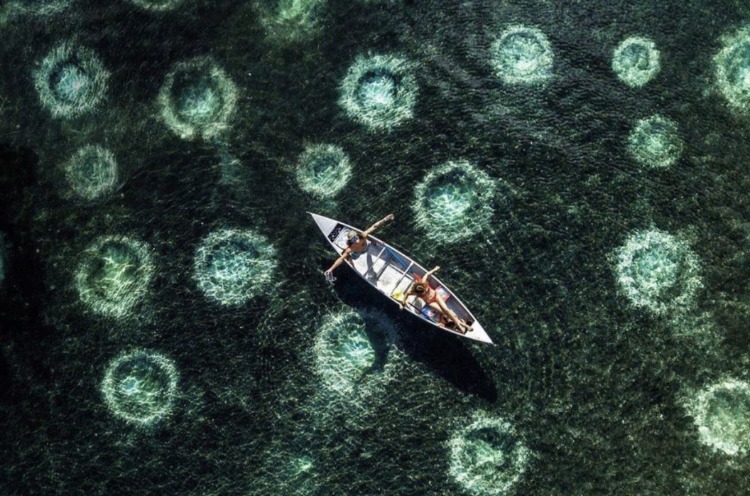 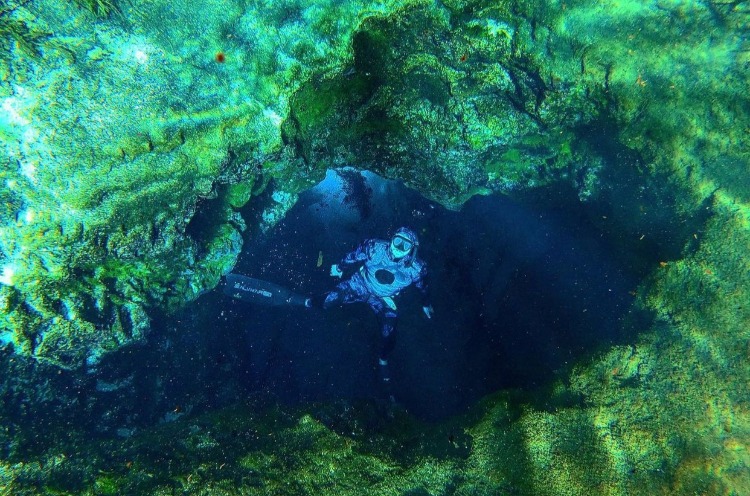 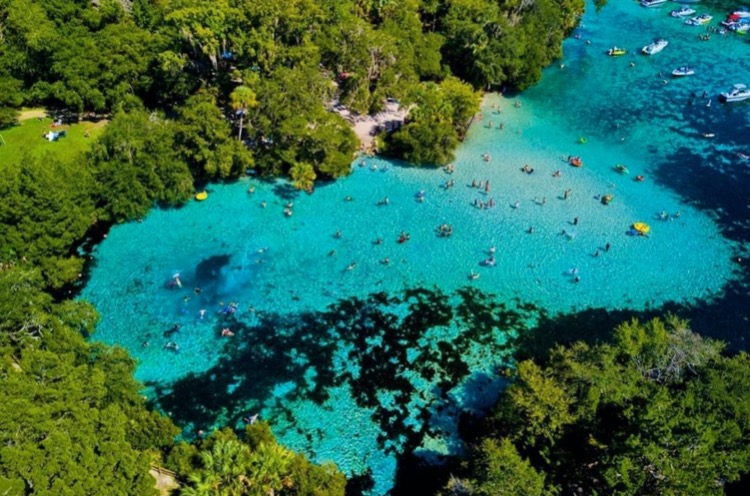