USS Orleck Coming To Jax As Early As This February

After extensive inspections and additional Ultra Sonic (UT) testing while in drydock, it has been determined that the ex-USS Orleck is fit to continue to serve as a museum ship. Orleck was previously a museum ship in Lake Charles, Louisiana. The last known drydocking and hull inspection of any kind was prior to the ship’s towing back to the United States from Turkey in August of 2000. There was great concern of the hull’s condition of what might be found once up in drydock. To the surprise of many the hull had little sea growth on it at all. This is likely due to the location in the fresh water, muddy bottomed Calcasieu River in Lake Charles. This satisfies the development agreement requirement of having evidence the ship is sound to serve as a museum ship in Jacksonville.

On January 11th, 1945 the ship - then under construction in Orange, Texas - was named the USS Orleck, in honor of the World War Two Navy Hero Lieutenant Joseph Orleck, a Navy Cross recipient. Fittingly, on this day and 77 years later, the Jacksonville Historic Naval Ship Association (JHNSA) names the USS Orleck as the official centerpiece museum ship of the Jacksonville Naval Museum. The JHNSA have assumed ownership of the Orleck museum ship from the USS Orleck Naval Museum (UONM). The JHNSA wishes to thank the UONM for all their help and hard work during this process. Since January of 2020, the JHNSA has expended $770,000 for inspections, initial drydocking, ship insurance, towing, and other needs. JHNSA is in need of more donations, which can be done on our website at the following location: https://www.jaxnavalmuseum.org/donate/.

While in drydock at the Gulf Copper and Manufacturing Corporation, Port Arthur, TX, the Orleck will receive steel plates – doubler plates – welded over all underwater hull openings as well at several thin hull locations. Upon dry docking the hull was washed with hot fresh water and inspected. She is going to be preserved and painted from the keel to the top of the fore mast. This is a time-consuming process that there could be delays from holidays, weather, and material supply chain delays, so we do not have an exact date of when the ship will be towed to Jacksonville. The ship may be ready in early February, rigged for tow and arrive to Jacksonville in mid to late February. The tow to Jacksonville is expected to take approximately 10 to 12 days.

The costs to JHNSA to bring the Orleck to Jacksonville has gone up considerably since the last estimate done in March of 2020. With $250,000 of new repairs needed from the 2020’s Hurricane Laura, cost increases for materials, fuel and labor – the project costs in the shipyard now stands at an estimated $1.8 million plus $65,000 for paint. This is up from previous estimates of $1.3 million for the shipyard and $56,000 for paint from 20 months ago.

The JHNSA is grateful to have received a $100,000 donation in October from an out of state Navy radar man Veteran who served on his own FRAM in the 1960’s and another $150,000 in December and January from a local Navy former Supply Corps Officer Veteran on his FRAM destroyer in the mid 1960’s. The JHNSA is grateful for their help. From time to time, several JHNSA members have stepped up to make large loans or gifts to the association while we work with financial institutions. The State of Florida has made a sizable Historical grant to the association. We have had terrific professional help from Morales Consulting Engineers (MCE) here in Jax to design the berth; ARC Surveying & Mapping who have provided bottom surveying studies at several pier; five local Attorneys, several other civil engineers for environmental matters and their associates in engineering companies. Master Chief Petty Officer Pat Stroud had driven down to the then Adams Class (JHNSA) Visitor Center at the former Jacksonville Landing for almost eight years.

The JHNSA took advantage of an opening in the dry dock schedule. The JHNSA Executive Director John O’Neil, Captain USN (Retired) remarked that this is the fifth dry docking he has gone through and the first one that involved his own funds and those of his friends. John wrote most of the dry dock work list but had help from Craig Bernat and Stan Halter. John had served on a Gearing Class FRAM destroyer in 1973 while Weapons Officer on USS Eversole (DD-789) out of Long Beach, CA. Coincidentally John was the last US Sailor off Eversole as that ship was being sold to the Turkish Navy. In visiting Orleck several times in the past 2 years, it was like going back in time. There were 96 of these ships.

In Jacksonville, the ship will be moored stern in, starboard side to the east side of the 600’ long “Pier 1”. This is adjacent to the Berkman Marina along East Bay Street in the old Shipyards area of the Sports and Entertainment District in downtown, Jacksonville. The Maxwell House Coffee Plant is also very close to the pier. The Orleck arrival date in Jacksonville has not been set and will notify all by future press releases. Once moored the JHNSA will continue to prepare the museum ship for weather deck and 01 level and above visitor opening as the Jacksonville Naval Museum. The pier-side preparation work is expected to be two to four weeks in length but may be extended as needed. Prior to the ship’s arrival, work will be done to prepare the pier. A separate modular building with ticketing, gift shop, and restrooms has been put on hold by request of the Downtown Investment Authority (DIA). The DIA has asked JHNSA to wait until overall plans are worked out for the Shipyards area.

The Jacksonville Naval Museum will feature the “US Navy Cold War Experience”, which is represented by the ex-USS Orleck. The Orleck, a WWII era Gearing Class destroyer, was heavily modified under the Fleet Rehabilitation and Maintenance (FRAM II) program in the early 1960’s. The Orleck embodies the Korean War, Vietnam War, and Cold War periods in US Navy history having served in all three. The ship as originally built was steam powered, with twin propellers, twin rudder, 4 boilers Orleck and had many naval guns and even torpedoes. After FRAM’s Orleck remains much smaller than today’s modern-day gas turbine powered destroyers with a length of only 390 feet, 41’ wide beam, an “air draft” of 109’ at the top mast with a current empty displacement of approximately 2,350 tons. Having such a long and prolific service history the Orleck is the most decorated post-World War II ship ever built and was awarded 18 battle stars. After the Orleck’s US Naval service, she was transferred to the Turkish Navy and renamed the Yüctepe (D 345). She continued to serve until being transferred back to the United States in August of 2000 to become a museum ship.

The Jacksonville Naval Museum will honor past generations of Veterans and inspire future Patriots through STEM plus history education opportunities. One of the JHNSA Officers and his late wife have donated a significant gift to the North Florida Council of the Boy Scouts of America, to help fund a Sea Scout Program on the ship for boys and girls who live within a mile around the pier. The museum will serve as a gathering place for Naval Associations, crew reunions, and military conventions while supporting Veterans as a local resource and networking center. Future initiatives may include a Tall Ships Festival or Navy Fleet Week, increasing tourism to downtown Jacksonville. Jacksonville’s two hundred anniversary will be in June 2022.

Bringing the ship to downtown and creating the Jacksonville Naval Museum is a monumental undertaking, but we feel with the support of our local community – this long-standing dream will be turned into reality! We ask our local community to support us in any way possible: share the news of the ship museum coming, visit the museum once we are open, volunteer with us for the variety of positions that will be available, and donate to this worthy cause. We named it the ‘Jacksonville’ Naval Museum because it really is about our community coming together to celebrate our rich military history, inspire patriotism, and honor our veterans and active-duty service members.

We look forward to bringing this “Bold Ship to the Bold City” that was once home to many Cold War era workhorses like the Fletcher and Gearing class destroyers, the FF-1052 class anti-submarine warfare (ASW) frigates, Oliver Hazard Perry Frigates, P-2 Neptune and P-3 Orion aircraft, drone anti- submarine helicopter (DASH) unmanned drone mini-helicopter that were part of the weapons suite on many destroyers in the 1960’s. Many types of helicopters were also stationed in the area, up to the MH-60 Seahawks. We are excited for the community to enjoy stepping back to the time of the Cold War onboard this piece of living history! With Jacksonville’s large Naval community, the Orleck is a fitting tribute and terrific match to call Jacksonville home! 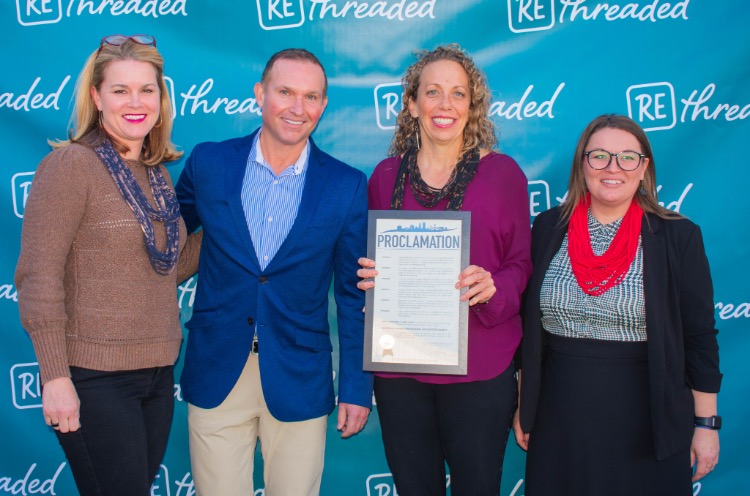 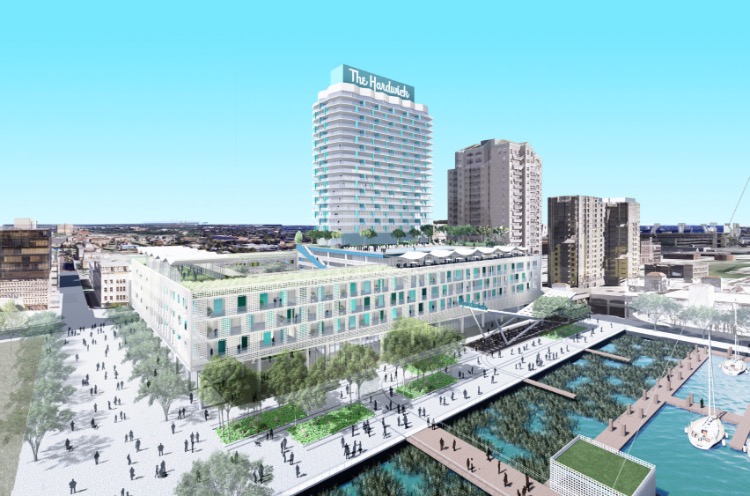