For nearly 30 years, the popular and family-friendly Palatka Blue Crab Festival has become an annual tradition – attracting thousands of guests to the scenic waterfront in downtown Palatka. This year’s festival will run Friday, May 27th through Sunday, May 29th and will feature 34 musical acts spread across three stages. Headliners include R&B singer Ginuwine who is known for hits like “Pony” and “So Anxious,” Grammy-nominated Country music band Little Texas, and reggae icons The Original Wailers as well as Meachum L. Clarke & Company Gospel Choir, The Band Be Easy, Fortune Child, Papercutt, Chillula, and more.

“The City of Palatka hired us this year to help them transform a hometown event into a world-class festival that will attract people from all over,” explained Jeanetta Cebollero, co-owner of Ancient City Entertainment, which is producing the event this year. “We chose musical acts that would appeal to a wide range of fans from Country and classic rock to R&B and even a popular local ‘80s cover band. After the Palatka Blue Crab Festival had to be canceled  a few years because of funding and the pandemic, we’re excited to help bring this iconic, family-friendly festival back and make it bigger and better than ever.” 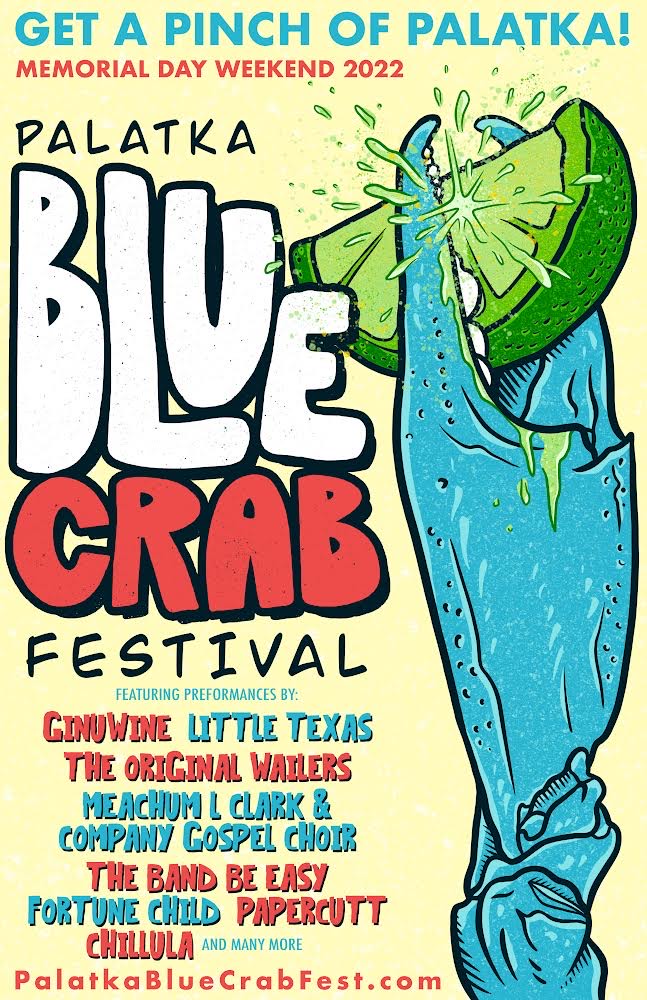 The Palatka Blue Crab Festival will also feature dozens of vendors and food trucks, carnival rides, a kids’ zone, petting zoo, Gatorland Water Ski Show, karate demonstration, full Gospel program on Sunday, fireworks, New Orleans-style brass band, and, of course, plenty of blue crabs. The blue crab, which is a highly sought-after shellfish that live up and down the Atlantic Coast and in the Gulf of Mexico, can be prepared dozens of ways including steamed with Old Bay, marinated in a salad, added to a gumbo, or simply boiled with butter.

“Traditionally, this festival has been held along the riverfront in downtown Palatka to honor the members of the U.S. military who died while serving our country,” said Cebollero. “It’s an amazing opportunity to get to help grow this small town festival, give remembrance to our military, and spend an amazing Memorial Day Weekend with friends and family watching live music and feasting on fresh seafood.” 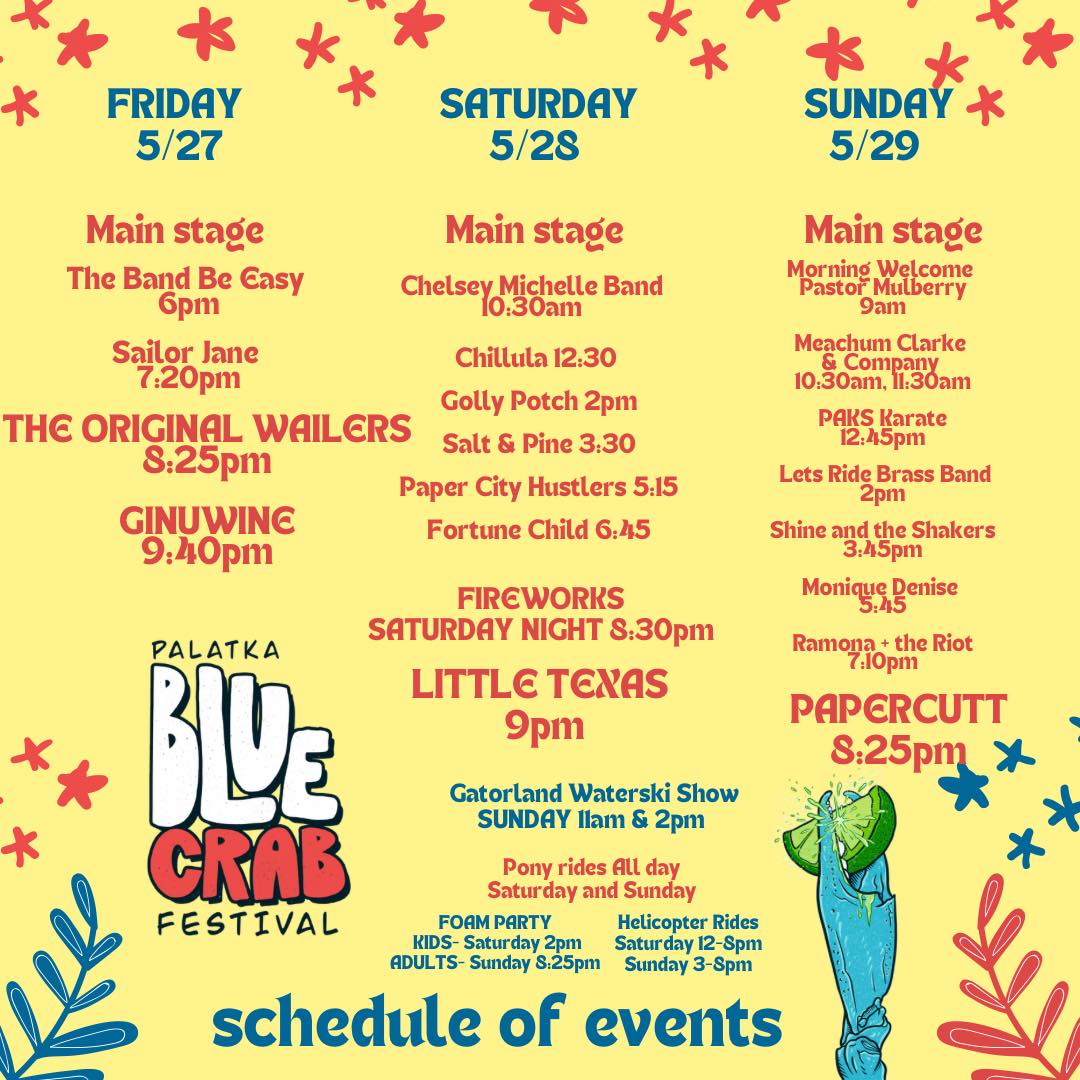 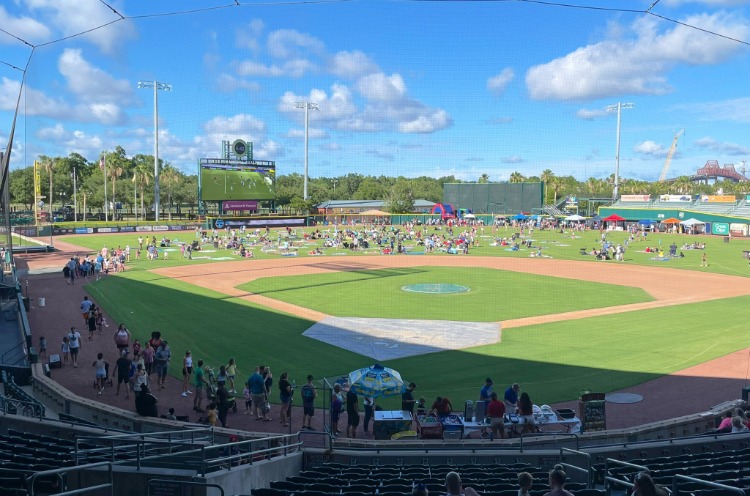 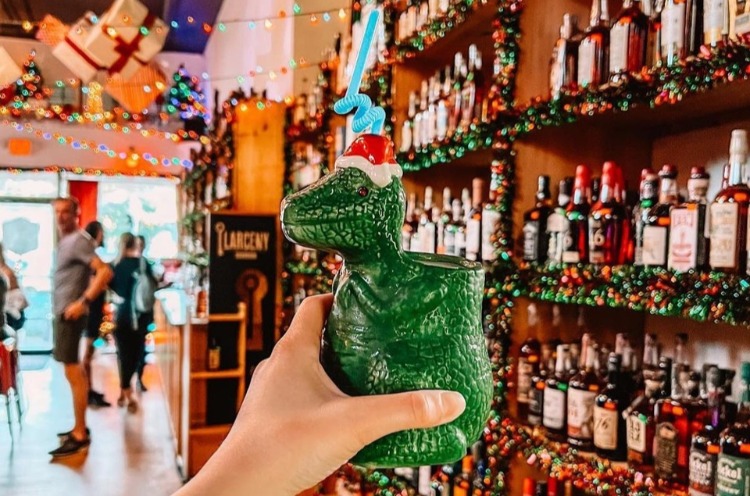 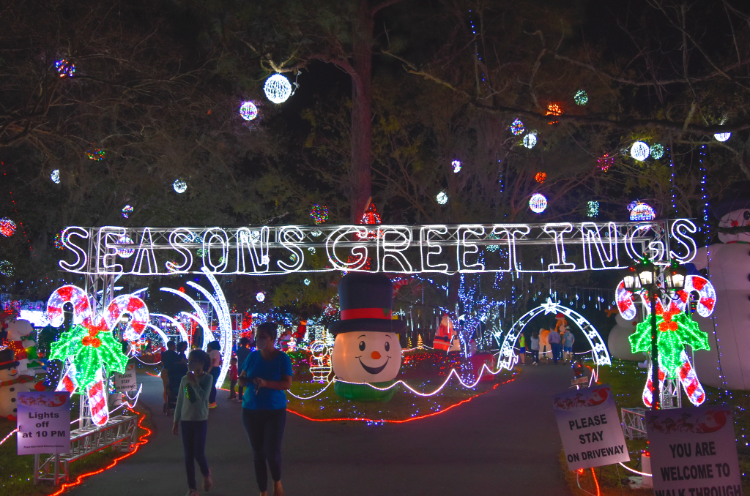